Jonathan Zittrain visited us at Dartmouth today. He’s a Professor at Harvard Law School and Co-Founder of the Berkman Center for Internet & Society. He spoke as part of a lecture series of interest to Tiltfactor at ISTS. In “Civic Technologies and the Future of the Internet,” Zittrain first defined the term “civic technologies” to mean those technologies whose success or failure rely on public participation and interest. Zittrain noted that he thought there are a few key such civic technologies that arrive with a splash at their inception and give rise to new community possibilities, but are easily challenged or coopted through time without careful watch. 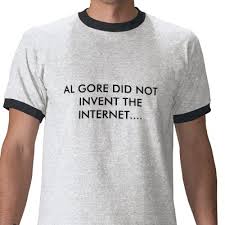 Zittrain spoke first on Internet history: the development of the Internet, he noted, was the playful brainchild of (notably) white men who whimsically were not invested in commerce or politics but instead on how a system might work. The financial constraints for the development of the Internet significantly influenced its design. As networks grew, they were based on courtesy; the lack of business plans made this endeavor revolve around free passage and free information. Costs were low for the production compared to other war efforts, and costs were not expected to be recouped later through use (no sales, for example, were planned to support the infrastructure of the ‘net). Who would have known that the infrastructure would form the basis of international banking, entertainment, and health care? What we have today is not tenable, yet most of the solutions that leap out at us first could be iatrogenic conditions, causing problems far worse later down the line than previously thought.

Internet “protocol” was not merely a set of invented technologies, but in fact much more: a set of social contracts regarding trust, privacy, and consensus. The very notion of users identifying themselves in a centralized database would have been absurd to early network adopters: everyone knew their address and the address of friends. Centralizing names meant the development of commercialized services– it was an invention inherently commercial in nature and in ways functed ‘against’ the prior protocol so carefully developed. Among the small group of those who framed the social conditions of the early Internet are some who think of the Internet as a large experiment that is still going on.

Zittrain went on to discuss packet switching (multipoint vs point-to-point) and various models of data passing, and comparing the process of contemporary Internet filtering, citing last winter’s block of YouTube in Pakistan taking down YouTube completely. The ‘civic defense system’ such as NANOG (North American Network Operators Group, a volunteer group) noted the case of IP hijacking and came to the rescue to fix the case. How can such a behemoth rest on the fingers of volunteers?

The class of technologies known as civic technologies currently hits this systemic vulnerability in terms of support and security. Wikipedia is another technology that follows this trajectory – a system that started in a backwater and received the attention of Slashdot to become a hit. Wikipedians maintain the pages in multiple languages, but is just 45 seconds away from chaos without people who are doing constant maintenance, says Zittrain. Using the Jeffersonian meme “The price of freedom is eternal vigilance,” the lack of single people or authorities maintaining so much of the infrastructure of valuable civic technologies utterly depends instead on the nature of participation of users.

Citing a Register article from July 2008, Zittrain ventures that the PC as we know it may just be ‘dead.’ As an example, unpatched PCs are likely to last just four minutes on the Internet before being attacked and compromised. The defenses against hacking have not evolved significantly since 1977, Zittrain claims, and consumers remain passive due to the lack of control due to misunderstanding of the executable code on the machine. “Of course you want to click on something and “froom” have it running on the screen.” If we don’t stop this problem, we will see the end of the personal computer as we know it.

The idea of a programming environment where consumers have a say what runs and what does not run is imperative to Zittrain now, for the very computing ecosystem is in danger. This counts as well for Blackberrys, Kindle, Playstation, and the iPhone. The issue is that software automatically installed, downloaded, and upgrades eradicates user choice and is increasingly there only for the interest of corporations like Microsoft and Apple.

Zittrain joins in the cacophony of cautions erupting from activists– we are creating, by our own consumer choices, large, powerful entities that have more say over what is available, what is sold (for example, in the iPhone application store (uses the example of the Freedom Time App banned from the Apple iStore because it might possibly put off the 1/2 of iPhone consumers who were Bush Supporters). Makers must persuade venues to see “what is the point” of something independent — to corporations, freedom of speech is not a fundamental business tenet (why not, if they do business in this country?). 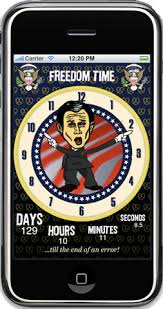 Zittrain worries about government regulation in things such as the Text to Speech debate with the Amazon Kindle Reader — and for good reason. He compares this to buying a hypothetical Web 2.0 toaster, where a central organization can determine what could be toasted. “You’ve now got a long-term relationship with a breakfast oriented service provider,” Zittrain quipped, lamenting that the level of control unique to a vendor can influence, even dominate policy implications as well as hold implications for consumer choice and the open source software and hardware developers.

Zittrain noted that there were something like 30,000 government-backed wiretaps (also through mobile phone hardware) in one recent year. New phone technologies are instantly programmable and downloadable from corporations, and corporations are issued orders by the government to monitor many daily activities. “We flip a switch, and end up with a surveillance state,” Zittrain noted, and this does not need public endorsement to happen.

On a positive note, Zittrain does believe that we can apply things we learn from online civic technologies in everyday life. There is a surfeit of good will to be tapped. He offered examples such as his “stopbadware.org” other groups that were created to help with civic awareness and new technologies. (Values at play and Tiltfactor should be helpful in these regards as well).
Herdict is a way that by tracking IP journeys we can see what entity/state is doing filtering, and how — it is a virtual neighborhood watch to fight against centralized ideas of what our technologies should be used for. Such central planning is innately conservative, and things that must be explained to the greater whole will ultimately be silenced. The model where we have to explain ourselves to someone, including corporations, equates to Zittrain the death of the PC. Certainly now instead of Soviet ideology, consumers follow (perhaps unwittingly) types of corporate ideologies in a frenzy for IP rights and business concerns for software security.

Zittrain concluded by speaking of North Korea’s radios and how they are modified so that citizens may only listen to one of three stations. But activists in Radio Free Korea are attempting to send open radios over the border. The implications for the recent creation of limited-use technologies and limited functionality imposed by a corporation or government are extraordinarily telling.

The talk ended with the hope for technologies that are no longer engineered to shape and control experience. The audience did bring up institutional mechanisms (law, policy) that could help protect individual rights, but Zittrain is self-proclaiming for the “high hanging fruit” academically speaking. Here, thinking through a charge of technological determinism by an audience member, but Zittrain insisted that the technical as well as cultural components make systems which are not only emerging from policy issues but matters of public choices.