Games are a global medium, and to theorists such as Lisa Nakamura at the Games, Learning, and Society Conference 2009, one cannot separate the construction of digital games into particular cultures and practices. Having one national “essense” or sensibility is entirely fictional, Nakamura notes, because games are very global in their production practices and marketing practices. Nakamura brings up theorist Martin Lister (New Media: A Critical Introduction, 2003 ) to support her position, as Lister notes that “the videogame is the most thoroughly transnational form of popular culture, both as an industry” and “content” such as characters and stories.

Transnational culture as it relates to surveillance is on Nakamura’s radar in her broad ranging, significant study of transnationality and digital games. To Nakamura, questions of nationality lead primarily to questions of rights and to questions of surveillance. It is clear from her talk that surveillance as a perceptual paradigm, everyday practice, and career path is a pervasive in consciousness among wired society. The practice has pervaded pop culture into playculture, and even children can find through play the normalized notion that travel and transnationality lead without question to notions of the subjugated citizen and  surveilled body: 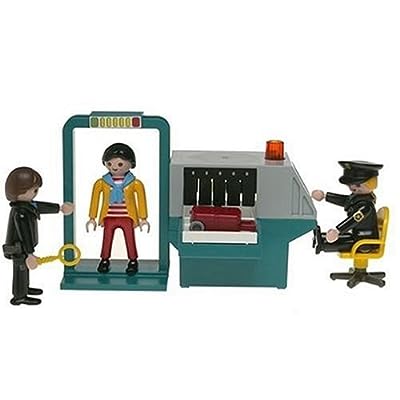 Nakamura’s observations generate many problematic and weighty ramifications within the framework of participatory culture.

Behavior and activity study emerges from the top down and from the bottom up.  Advertisers wish to find commonalities and hunt for “suspicious behaviors” in online worlds (just as police patrol public spaces looking for  anomalies). What exactly emerges from profiles? All types of things, and the vagueness of what is being looked-at allows all types of comprehensive surveillance. Similar to cell-phone wire tapping looking for repeat words, players wish to protest by naming their characters Muhammed or their guilds al-Quaida. The implication is that all virtual worlds have terrorists in them. Where there are people, there are terrorists, according to this policy and this doctrine.

Surveillance no longer has a border of exception but is everything.

Nakamura’s talk was rich, and the other panelists were intrigued. “I usually spend the presentation before prepping, but yours was too interesting,” said Mia Consalvo, the follow-on speaker, who offered a talk about Western Otaku through a discussion of the Final Fantasy franchise.

The final speaker, Elonka Dunin, discussed the highly charged spaces of Wikipedia disputes. One third of all internet users have visited Wikipedia, and on a typical day, 8% of those on the Internet visit Wikipedia. There are about 13 million articles. Disputes, while rare, go through a pipeline and are handled by community and particular forms of dispute resolution. We all likely have much to gain from the Wikipedia editorial community model and the complex ways disputes are resolved.