Tiltfactor works to create games that promote fun and social change in equal measure. The Tilt team employs leading psychological theories and game research to produce powerful gaming experiences, which we hope will further the research upon which our products are based. Below, we’ve shared some of the literature that forms our approach.

I. Transformative Potential of Fictional Narratives 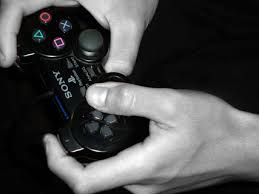 A. Exploring Potential Relationships between Individuals and Characters
1. Characters as Friends:
Horton, D., & Wohl, R. R. (1956). Mass communication and para-social interaction: Observations on intimacy at a distance. Psychiatry, 19(3), 215-229.
–Classic work that established the phenomenon of “parasocial interaction” – the illusion of intimacy experienced toward fictional characters, celebrities, and media figures

2. Characters as Role Models:
Hoffner, C. (1996). Children’s wishful identification and parasocial interaction with favorite television characters. Journal of Broadcasting & Electronic Media, 40, 389-402.
–Examined the relationship between children’s favorite characters and the personality traits possessed by the character that the children wished to emulate

3. Characters as Personas to Assume
Kaufman, G.F., & Libby, L.K. (2012). Changing beliefs and behavior through experience-taking. Journal of Personality and Social Psychology, 103, 1-19.
–Introduced the concept of experience-taking: the psychological process of simulating the subjective experience of a character and adopting the mindset and identity of that character; revealed numerous implications for behavior change (e.g., voting) and attitude change (e.g., reducing stereotypes and prejudice)

Gabriel, S., & Young, A. F. (2011). Becoming a vampire without being bitten: The narrative collective-assimilation hypothesis. Psychological science, 22, 990-994.
–Showed that readers form an implicit (i.e., unconscious) link between themselves and the group to which a liked character belongs (e.g., vampires in Twilight)

Green, M. C., & Brock, T. C. (2000). The role of transportation in the persuasiveness of public narratives. Journal of personality and social psychology, 79, 701-721.
–Explored the impact of transportation (i.e., psychological absorption) in a narrative world on readers’ adoption of beliefs expressed by characters

II. The Impact of Embodied Cognition on Perceptions, Judgments, and Behaviors

Embodied cognition is a topic of research in psychology and philosophy that argues that perceptual and visceral experiences can constrain and direct cognition and judgment (and vice versa), often outside of conscious awareness. Such effects can be attributed to the fact that there is a common “mental storage system” for physical or sensory experiences and the metaphors or abstract concepts related to them.

Devine, P. G. (1989). Stereotypes and prejudice: Their automatic and controlled components. Journal of personality and social psychology, 56, 5-18.
–Foundational work arguing that to break the “mental habit” of bias requires: (1) awareness of bias and the contexts in which it occurs, (2) concern about the effects of bias, and (3) application of interventions (see examples below) to “unlearn” stereotypical associations
A. Intervention: Perspective-taking
Galinsky, A. D., & Moskowitz, B. (2000). Perspective-taking: Decreasing stereotype expression, stereotype accessibility, and in-group favoritism. Journal of Personality and Social Psychology, 78, 708-724.
–Revealed that imagining a “day in the life” of a member of another group (e.g., the elderly) promoted positive views toward that group

D. Intervention: Encouraging a “Universal Orientation”
Phillips, S. T., & Ziller, R. C. (1997). Toward a theory and measure of the nature of nonprejudice. Journal of Personality and Social Psychology, 72, 420-434.
–Introduced the concept of “universal orientation” – an indication of non-prejudice whereby individuals reject social categories as a basis for interpersonal assumptions